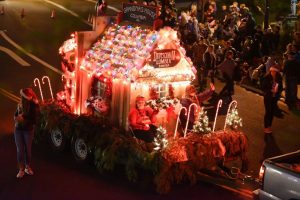 Sonora, CA– The Christmas parade is making a return to downtown Sonora, detailed in a story that was earlier reported here. Sonora Police Department is making sure the public knows how this event is going to impact traffic during this festive time.

The event will be taking place on Friday, November 26th and the public is encouraged to arrive before 5:00 pm to secure a parking spot and a place to enjoy the parade. Once the street closures occur, vehicles will not be allowed into the parade route area, even if you are participating in the parade. Several streets will be closed before and during the parade, including parts of Highway 49.

The following streets will be closed at 5:30 PM and will remain closed for the entirety of the parade.

School Street between Washington Street and Snell Street will be closed at 4:00 pm