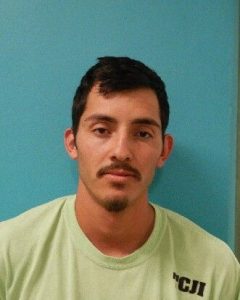 Sonora, CA – A man arrested for the forcible rape of a relative has been sentenced to six years in prison.

24-year-old Juan Daniel Vergara of San Fernando was convicted of two felonies: rape by force and forced oral copulation last month. The sexual assault happened at a family gathering in May of last year in Sonora, as earlier reported here. Tuolumne County District Attorney Cassandra Jenecke disclosed that the victim went outside to check on her cousin, when Vergara, “took her by the wrist and led her away from the house.” Vergara then forcibly raped and orally copulated the victim who repeatedly told him to stop.

Afterward, the victim returned to the house “where her sister immediately recognized something was wrong,” detailed Jenecke. The next day they along with their father contacted law enforcement. Vergara was arrested the next day.

With a possible maximum sentence of ten years for the rape charges, prosecutors requested eight. Instead, Judge Kevin Seibert handed a six-year sentence with the requirement that Vergara register as a sex offender.