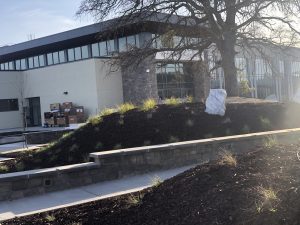 Sonora, CA – The doors to the Tuolumne County Superior Court of California will open next month after a several-day move.

An Aug. 23rd opening date slated for this year was delayed about a week before that date. At that time, court officials announced that “a number of issues outside of the Court’s control” had prevented the move. Details regarding those issues were not disclosed and no new opening date was set.

The new opening date just announced for the courthouse, located at 12855 Justice Center Drive off Old Wards Ferry Road, is Monday, November 15th. The move will actually begin at noon on Friday, November 12th when the old historic courthouse on Yaney Avenue and branch court at Washington Street in Sonora will permanently close their doors to the public. Court officials note that prior to that time normal business will take place from 8 a.m. to noon, and the clerk counters will also be open from 10 a.m. to noon to accept filings.

The move is expected to be completed the morning of the 15th with the courthouse officially opening to the public at 1 p.m. Clerk counters will be accepting filings from 1 p.m. to 3 p.m. on that day. On Tuesday, (Nov. 16), those counters will return to their regular hours of 8 a.m. to 3 p.m. Additionally, the court’s current public phone and fax numbers will remain the same.