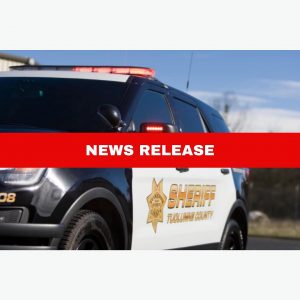 Sonora, CA– Tuolumne County Sheriffs have released more information on a standoff that took place on Sunday. Just before 5:30 pm on October 24th, a call was received about a dispute involving 57-year-old Ty Day of Tuolumne. Day was reportedly intoxicated and showed up at the victim’s house. During an argument, Day threatened to kill the occupants of the house and retrieved a shotgun from his vehicle, and pointed it at them. The victims were able to enter their home where they then contacted law enforcement. Day drove away from the area

Deputies located Day at his residence. Day refused to exit his home and made several statements threatening violence towards responding law enforcement. The Crisis Response Unit, consisting of Crisis Negotiators and SWAT, was activated.

After a several-hour standoff and after using multiple negotiation attempts, the SWAT Team made entry into Day’s home. SWAT was able to take Day into custody without further incident. Day was booked into the county jail for assault with a deadly weapon, criminal threats, and felony obstruction.