A Date Request Resulted In A Sonora Mans Arrest 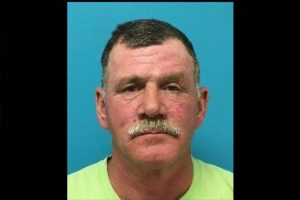 Sonora, CA – A Sonora man vowed to hurt a co-worker over a date request.

Tuolumne County Sheriff’s Deputies responded to Chukar Circle in Sonora last Thursday night for reported threats. They questioned the victim who relayed the suspect was his co-worker, 57-year-old Clifford Archer. The victim recounted that while speaking with another person, Archer overheard their conversation and allegedly became upset. Sheriff’s spokesperson Nicco Sandelin detailed, “The conversation that upset Archer was in regard to the victim asking a member of Archer’s family on a date.”

Later that day, the victim received a phone call from Archer. During the call, he claimed Archer threatened to physically harm him. The victim then hung up on Archer. Several minutes later, and uninvited, Archer showed up at the victim’s home and began banging on the front door, according to Sandelin. Fearing for his safety, the victim called 911.

Archer fled the scene but was found a little while later by deputies at his residence on Lime Kiln Road where he was subsequently arrested for criminal threats and placed on a $25,000 bail.