Man Convicted Of Murder And Other Offenses Denied Parole 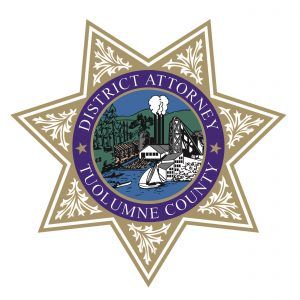 Sonora, CA — At the urging of the Tuolumne County District Attorney’s Office, a man convicted of both second-degree murder and second-degree robbery in 1991 was denied parole.

The DA’s Office reports that Victor Munoz, along with his brother Butch, killed and robbed a family acquaintance, Manuel Gonzales, in March of 1990. His brother repeatedly struck the victim in the head with a wooden board, and Munoz cheered him on. They dragged the body into a nearby bush and stole a wallet, cash and jewelry.

Munoz was eventually sentenced to 15 years to life in prison. He was released in July of 2011. One year later he was sent back to prison after leading a Calaveras Sheriff’s Deputy on a high-speed motorcycle chase that ended when he crashed the bike.

He was again released on parole in 2015. Four years later, in 2019, he returned to prison because of an incident related to using methamphetamine and trying to manipulate a drug test.

The Tuolumne County District Attorney’s Office was represented by Deputy DA Norma De Santiago at a recent state parole hearing. Deputy DA De Santiago argued that Munoz still poses a great risk to the community because of his past offenses and inability to remain crime-free once granted parole. The Board of Parole Hearings agreed, so Munoz will remain in prison. He will again be eligible for another hearing in 12 months.