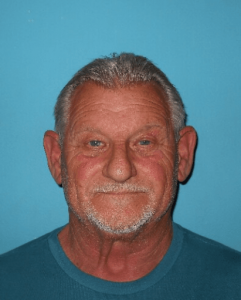 Sonora, CA–Tuolumne County District Attorney’s office announced that Thomas Rowelle Ricci, 65, of Sonora, pled guilty to seventy-six felony counts(3 first degree burglary and 73 of theft from an elder) on the sixth day of a jury trial. According to elder abuse prosecutor Assistant District Attorney Eric Hovatter, the plea during the trial was unusual but not surprising given the amount of evidence against Ricci. in exchange for Ricci pleading to all counts charged against him, the visiting Judge Frank Dougherty allowed Ricci to stay out on bail until his surrender that took place on Friday, October 8th, 2021 to begin his sentence of 19 years and 4 months.

The nature of the case involved the victim, 91-year-old Ane Buvala meeting Ricci who was employed as a Handyman. She needed some minor roof repairs and Ricci began doing other work for Buvala. Between the months of August 2017 to February 2019, over $220,000 in checks were written to Ricci for a variety of projects that the family of Buvala discovered, were found to not be completed or even started.

The trial started on September 21st, 2021, and featured testimony from Buvala’s relatives and caregivers, and the detective assigned to the case. The jury was shown the history of check writing compared to the photographic results of the lack of work that was supposed to have taken place. In addition to taking money for work not completed, testimony was given by someone hired by Ricci who said she was paid generously by Ricci for minor work and was asked to call Buvala and pretend to be an interested renter so he could continue to receive payments. She also testified that she never saw any of the work actually completed.  The victim passed away in October 2019 but had completed a taped conditional examination that occurred prior to her death. She explained the amount of money that was given to Ricci for Airline tickets, taxes, automobile parts, and other items because he claimed that more work needed to be done.

Ricci was remanded to the custody of the Tuolumne County Jail on Friday, October 8, 2021. Ricci will be sentenced on November 8, 2021.