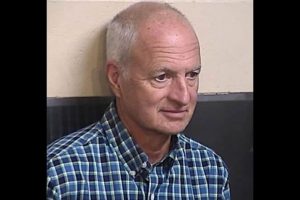 Sonora, CA – A tip from the public led to the arrest of a Sonora doctor for a deadly hit-and-run on Highway 99 earlier this year that took the life of a good samaritan.

“Thankfully a tip from Valley Crimestoppers assisted our investigation in identifying the driver at their residence and the vehicle… A search warrant was issued for Mr. James Camozzi.”

Camozzi, a Cardiologist at Adventist Health Sonora, is accused of crashing into Ramos, a nurse from Reedly, at around 12:20 a.m. on February 10th after a big rig and a Hyundai Elantra had collided on the highway near Manning Avenue in the Fresno area. Ramos had pulled her vehicle into the center median to help the driver of the car, who was suffering from major injuries. She was standing near the open driver-side door when she was struck.

“A red Ford Explorer traveled through the scene striking and killing Miss Ramos. The driver of the Explorer who struck Miss Ramos fled the scene without rendering aid to Miss Ramos and failed to call for or provide medical assistance,” detailed LT. Matulonis

In an earlier CHP posting on social media offering a $1,000 reward for information leading to the arrest of the culprit, it noted that the driver of that SUV momentarily stopped his vehicle, exited, and walked around his SUV for several seconds, then got back into it and fled the scene.

The warrant was issued for Comazzi on the evening of Monday (Oct. 4). The CHP relayed that he surrendered himself at the Fresno office at 6 p.m. and was taken into custody without incident. Comazzi is charged with felony hit-and-run and vehicular manslaughter. His bail was set at $15,000. Today he was able to make bail and was released.

Of note, this is the second doctor from Sonora that has been arrested for leaving the scene of an accident. Doctor Danny Anderson was arrested and later convicted of causing a triple fatal crash on J-59/La Grange Road in October 2016, as reported here.