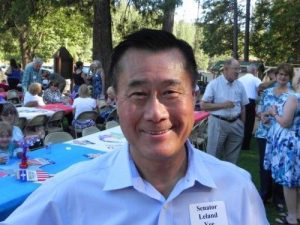 The Democratic Senator was ordered to return on April 8th, and the Judge will finalize the bond terms. The Associated Press reports that prosecutors argued that property owned by Yee should be used as collateral to ensure that he appears at all future court hearings. Yee is accused of taking bribes, and helping to coordinate a cash-for-guns scheme. Yee’s arrest was tied to an FBI investigation into organized crime in San Francisco’s Chinatown district. Needing campaign cash, Yee allegedly tried to connect an undercover agent with an international arms dealer, in hopes of receiving political favors.

Yee was suspended last week from the California Senate and has withdrawn his bid to become the next Secretary of State.