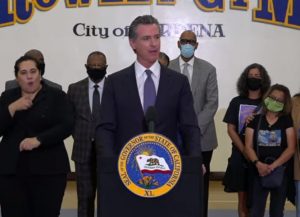 The one being most touted is Senate Bill 2, which will prevent any officer found to have committed any serious misconduct from ever being a police officer again in the state. The argument is that some officers have been released from their duties in one department, but then find work a short time later at another location. Proponents argue the new law is the same concept as a doctor losing a medical license.