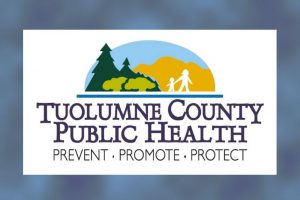 Sonora, CA — Following this week’s FDA approval, many locals who received the Pfizer vaccine over six months ago are now eligible for a booster shot.

Interim Tuolumne County Health Officer, Dr. Eric Sergienko says those who are strongly recommended to get it are people over 65 years old and those who live in long-term care facilities.

In addition, those who are also eligible include anyone 18 and up with underlying health conditions and those over 18 who work in high-risk occupational settings (such as healthcare, correctional facilities, and adult living facilities).

The booster is only available to those who received the Pfizer vaccine. Boosters for others, like Moderna and Johnson & Johnson, could be available later, pending federal approval. The booster is the same vaccine that was administered earlier and is designed to fend off waning levels of protection.

Whether boosters will be a yearly occurrence, Dr. Sergienko says, “As COVID moves from a pandemic disease to an endemic, we may see just like influenza, a variant-specific, or strain-specific, booster shot each year. It is hard to predict. We don’t know what the disease is really going to do.”

The public health department is encouraging those interested in the Pfizer booster to sign up via MyTurn.ca.gov. You can also check directly with local pharmacies.

On a different topic, earlier this week we reported that the Sonora City Council voted 4-0 to move forward with the downtown Christmas parade, pending approval from Public Health, and Caltrans.

Public health has responded to the council, and there is still some gray area regarding how and if it will proceed.

Public Health Director Michelle Jachetta updates, “We sent a letter to the city with the current state and local guidance. The City Administrator is out of the office until early next week, and it is my understanding that they will review it when she gets back in, and make a determination. “

Jachetta says the letter indicates there is no state prohibition on events under 10,000 participants. However, there is a local public health recommendation to postpone gatherings of over 50 people. If they can’t be postponed, safety measures should be taken. They include having it be held outside (which it is), that all participants be fully vaccinated, and that people wear masks (since it would be difficult to social distance at the outdoor downtown event).

Jachetta clarifies, “It is not a prohibition. They’ll have to make that determination (whether to have parade), considering the local health recommendations, and then go from there.”

Dr. Sergienko also weighs in, “We ask everyone to consider the potential risks, and then how to mitigate those risks. It is hard for us to predict what the level of disease activity will be when the parade is held (Friday after Thanksgiving).”

He cites that there was a spike in cases following this year’s Mariposa County Fair, which is a reason why mitigation measures are recommended.