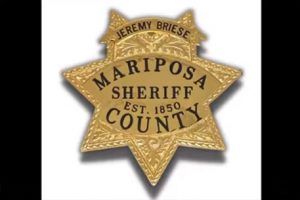 Mariposa, CA — The Mariposa County Coroner’s Office has completed an initial autopsy on a young family found dead near the Sierra National Forest.

We reported earlier they are John Gerrish, Ellen Chung, their one-year-old daughter Miju, and the family dog.

Officials were able to rule out any blunt force trauma, such as a stabbing or gunshot wound, but little else was determined.

Sheriff Jeremy Briese stated recently, “I’ve been here for 20 years and I have seen a lot of things, but I have never seen an incident like this where there is zero explanation.”

Adding, “We have a healthy family, including their canine, deceased, and we are looking for answers.”

We also reported previously that officials are testing the waterways for toxic algae blooms. A toxicology report should be completed on the couple and their young child within the next couple of weeks.