Man Arrested For May Stabbing Near Park In Sonora 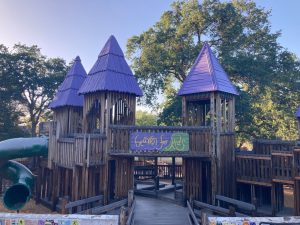 Sonora, CA — The Sonora Police Department has released new information about the stabbing of two people on May 25 in the parking lot near the Heaven For Kids park on Greenley Road.

We reported earlier that a 24-year-old man from Jamestown and a 17-year-old male from Sonora were stabbed shortly after midnight. The victims reported that three or four people unknown to them pulled up in a black vehicle and assaulted them. Both victims received medical attention and sustained non-life-threatening injuries.

Police Chief Turu Vanderwiel updates, “The Police Department arrested 55-year-old William P. Unger for the stabbing that occurred on May 25th at 460 Greenley Road. Following an in-depth investigation by our agency, Unger was positively identified by witness statements and forensic evidence from the scene. Unger denied his involvement with the incident and we are still unsure of a motive. We are not releasing details about the evidence or statements we obtained as it is important not to compromise the investigation.”

Anyone with additional information on the incident is asked to call the Sonora PD at 209-532-8141. Chief Vanderwiel notes that no other suspects are currently outstanding. When asked about Unger’s residence, Chief Vanderwiel says he is listed as a transient from Sonora.