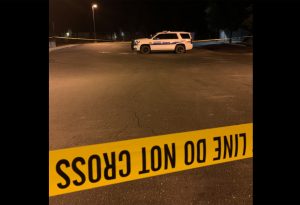 Scene of stabbing in Sonora

Sonora, CA — A 24-year-old man from Jamestown, and a 17-year-old male from Sonora, reported being stabbed early this morning in the parking lot near the Heaven For Kids park on Greenley Road.

It happened shortly after midnight. They told officers that three or four people unknown to them pulled up in a black vehicle and assaulted them. They say the assault was unprovoked. One victim was treated locally and the other was transported to a hospital in the central valley. The PD reports that both of the victims have been released from medical care, and the injuries were non-life-threatening.

Police Chief Turu Vanderwiel reports, “We have minimal information about the suspects or their whereabouts, and we are not releasing any additional details at this point.”

He asks that anyone with information about the incident to call the Sonora PD at 209-532-8141.