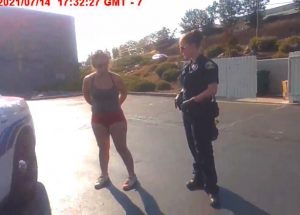 Sonora, CA–Sonora Police Department(SPD) arrested 25-year-old Shantel E. France of Sonora for possession of stolen golf clubs after attempting to sell them on Facebook Marketplace. On July 14th SPD took a theft report of a golf club set from the back of the victim’s pickup while it was parked on Stockton Road on July 3rd. The victim made the report after seeing his high-valued golf set posted for sale on social media. The seller was identified as Shantel France

The investigating officer contacted France via social media and arranged a meeting posing as an interested buyer. Officers responded to the arranged location and spotted France in the parking lot. The officers contacted France and her male companion. France denied being responsible for the theft but could not explain how she came to possess the golf set.