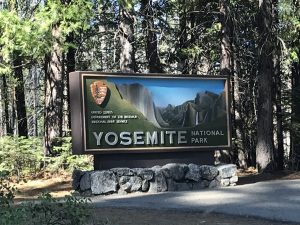 During the questioning about the reservation system at a House hearing, Secretary Haaland told Congressman McClintock she would bring it up with Yosemite’s Park Superintendent (Cicely Muldoon) to learn more about the sentiment in the park.

McClintock countered, “These restrictions continue to have a devastating impact on the gateway communities that depend upon tourist travel to Yosemite for their very economic existence.”

In early May Yosemite started capping attendance at about 70-percent of normal for this time of year, citing COVID-19, or about 5,700 vehicles per day. By late May, Mariposa County moved to the yellow tier on the COVID scale, and an additional 400-500 daily reservations were made available. California has since done away with the color-coded blueprint.

Yosemite’s reservation system is currently set to expire at the end of September.

During the House hearing, McClintock also took time to criticize the lack of new water storage in the West and raised concerns about the federal preparation for wildfires.