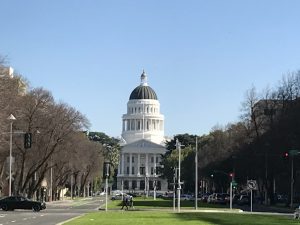 Sacramento, CA — Lawmakers are sending a new $263-billion budget to Governor Gavin Newsom’s desk, and Republicans are criticizing the plan.

Democratic proponents tout that it includes rebates of $1,100 for most taxpayers, free kindergarten for kids as young as four and sets aside $25-billion in reserves.

In opposition, Republican Assemblyman Vince Fong, Vice Chair of the Budget Committee, says, “It is unsustainable, lacks critical details, and fails to make any structural reforms to broken state systems.”

He adds, “It does not fix the mismanagement at EDD (Employment Development Department – an essential service that many unemployed Californians rely on as their lifeline. It does not pay down the mounting Unemployment Insurance Fund debt that is owed to the Federal government – not a single dollar. Ignoring this debt not only increases taxes for employers, but burdens our state’s economic recovery.”

Republicans in both houses were also critical of a tax increase for businesses with over 500 employees that will pay for the cleanup of hazardous waste sites.

The budget is anticipated to be signed by Governor Newsom.