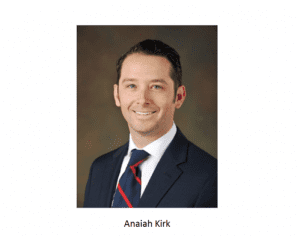 Sonora, CA — Two Tuolumne County Board of Supervisor seats will be on the ballot in 2022, and one of the incumbents this morning announced his intention to run for re-election.

District Three Supervisor Anaiah Kirk released a statement through his campaign. He says, “It has been one of the greatest honors of my life to serve as your District 3 Supervisor. Today, I am formally announcing: Yes, I will be running for a second term.”

He adds, “I am confident I am here for the right reasons and running for another term is in the best interest of our community. I have no political agenda other than to do what is best for our community.”

Kirk’s District Three seat covers the greater Twain Harte and Tuolumne region, and up the Highway 108 corridor. The other seat on the ballot in 2022 will be District Two, held by incumbent Ryan Campbell.