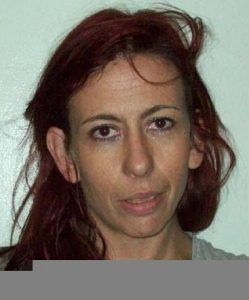 Sonora, CA — One person escaped and two were arrested following an altercation with a Sonora Police Department Officer.

The Police Department reports that it happened earlier this month in the Walmart Parking lot. 31-year-old Vernal Stokes of Sonora was returning from the store to a car in a handicapped parking space that did not have a proper placard. The officer approached Stokes, and she told him she did not have a placard, and also admitted to having Vicodin in her purse that she did not have a prescription for.

Sitting inside the car were Stoke’s two children, as well as 32-year-old Matthew Carlile of Tuolumne and 33-year-old Leah Summers of Twain Harte.

The Police Department reports that Stokes then shouted for her young children to start running towards the vehicle of an acquaintance that was also parked in the Walmart lot. Carlile also jumped out and started running. The officer chased Carlile over to the garden section and physically detained him, with the assistance of a good samaritan that was in the area.

When the officer returned, witnesses stated that Stokes had thrown the meth bags down a storm drain, and she and Summers had taken off. Stokes was later located in the parking lot near the vehicle that picked up her children. She was arrested and taken into custody. Summers could not be located and remains at large.

The officer was able to recover one of the baggies containing meth. The officer also found a stolen credit card in Stokes vehicle.

It was later discovered that Summers had a warrant for her arrest for violation of probation, and had initially given the officer a false name.

The PD reports that Carlile was transported to the Tuolumne County Jail and booked on two outstanding felony warrants, felony conspiracy, misdemeanor resisting arrest, and misdemeanor giving false information to an officer.