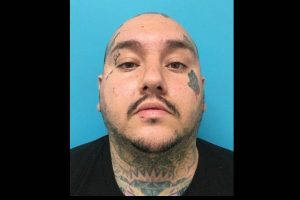 Sonora, CA – A Crystal Falls man who used social media to target kids in a sex for drugs scheme was sentenced to 30 years in prison by a judge who called him a “one-man crime spree.”

Initially charged with 54 counts, as reported here, in all, 30-year-old David Pacheco pled guilty to 37 felony charges including three violent felonies for forcible sex crimes. Tuolumne County District Attorney Cassandra Jenecke says that provision and making sure Pacheco paid for his crimes without the kids having to testify were key concerns discussed with the victims and their families.

“We came to the conclusion to make a plea deal that would make it difficult for Pacheco to be released from state prison and we wanted to avoid re-traumatization for our survivors. We looked at the charges and the amount of time that he could serve, and 30 years seemed about right.” Additionally, Pacheco will have to serve 85% of his sentence, at least 25 years, register as a lifetime sex offender, and be placed on parole after being released from prison.

Pacheco was arrested on February 23rd after sheriff’s deputies raided his home. Inside they seized over 14 pounds of marijuana, nearly two ounces of psilocybin mushrooms, concentrated marijuana, marijuana vape pens, tobacco products, alcohol products, and various marijuana-laced snack products including candy, cereal, and fun-sized bags of chips. Pacheco used this packaging to disguise the drugs, as reported here, including details of how he used these drug items to solicit sex from minors.

When Pacheco was arrested, many in the community were shocked by his complex scheme, as was Jenecke. “My initial thought was, wow! We think about Tuolumne County as this isolated community, but those people are out there, and they will target our children in ways that ten years ago we wouldn’t have seen.”

Social media apps like Snapchat really opened the flood gates to predators in getting access to children, says Jenecke. Originally, sheriff’s officials reported more than 100 victims, some as young as 14,  but it was far worse. Jenecke revealed, “As the investigation grew, I was shocked at the numbers of children he involved in this scheme. It is well over 200.”

Pacheco had marketed himself on Snapchat as “a plug.” Jenecke explained that means he has a plug-in to get the drugs and alcohol to then hook up the kids. After that, she says, word of mouth took over, allowing for the roping in of more local minors.

The operation went unfettered for about five months as Pacheco would go to other counties to purchase marijuana from dispensaries, recounted Jenecke. She noted how elaborate the scheme was and repeated the judge’s words during Monday’s sentencing, sharing, “Judge Kevin Siebert called Pacheco a one-man crime spree and I think that is an absolutely accurate reflection of what he was doing. It seems like once he got a taste for it. He wasn’t going to stop until we stopped him.”