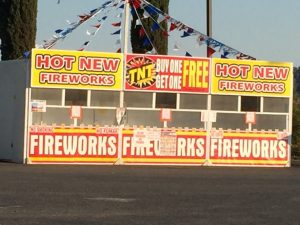 Calaveras, CA–Calaveras Board of Supervisors has suspended the use of fireworks for five months. The reason? They cited the increasingly dry conditions, the already active fire season, and a desire to be proactive moving forward as temperatures get hotter. The five-month urgency ordinance takes effect immediately, which will ban the sale and use of fireworks in the county limits. This will include fireworks that are considered “safe and sane” but will not impact the traditional larger firework-based events in the county. This ban will automatically expire in November without further action but could be extended at that point.

District 5 Benjamin Stopper said that “The last two years we have been lucky, now it’s time to get smart before we have to worry about being lucky”

Supervisor Stopper also cited the 35 fires(29 of them are considered human-caused) that have already taken place this year that have burned over 300 acres.

The ordinance was passed unanimously.