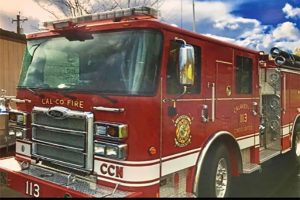 CAL Fire reports that the first incident ignited at around 8:45pm on Highway 26 behind the Valley Springs Fitness Center. It burned 2 ½ acres, and the final engine was released at about midnight.

At 9pm, a fire broke out in the 3000 block of Stagecoach Drive in Copperopolis. It burned less than an acre.

Then at 11pm a less than an acre fire started in the 8000 block of Sparrok Drive in Valley Springs. Officials remained on scene until around 1am extinguishing and mopping up the incidcent.

CAL Fire reports that investigators responded to all of the incidents, and as of this morning, all three of the causes remain undetermined.