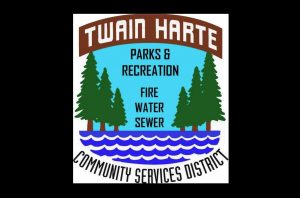 The district called it an “amazing win” for the community in a press release. Also, noting that it “will enhance water quality in our creek and lake, rehabilitate our failing storm drain system, improve water supply reliability, reduce erosion, create fire-safe landscapes and provide fun, interactive education that will empower residents to do the same on their properties.”

The project incorporates simple, innovative stormwater improvements throughout the community, and turns “stormwater into a resource,” advised district officials. They added that coupled with outdoor education labs in Twain Harte Meadows Park makes the “community a model and learning center for other communities.”

The district provided this list of project improvements through four main subprojects shown in the graphic and outlined here:

The project is a collaborative effort between Twain Harte CSD, Tuolumne County, Twain Harte School, Tuolumne Stanislaus Integrated Regional Water Management Authority, and Tuolumne County Resources Conservation District. The grant agreement is expected to be finalized in the fall and then get underway.