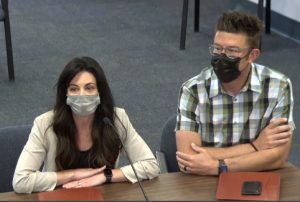 Sonora, CA — The supervisors in Tuolumne County endorsed the idea of hiring an outside company to help with public relations and social media efforts.

The contract would be in an amount “not to exceed $100,000” with the advertising agency Archer & Hound. The Fresno-based company has been in business since 2006.

CAO Tracie Riggs opened the presentation to the board of supervisors today by stating that she has organized various community town halls, and “Meet the CAO” events, but they all had very little attendance. She noted that community members would rather engage virtually and believes hiring the outside company is a way to increase transparency.

Board Chair Ryan Campbell stated, “We want people to know that their government is working for them.”

Archer & Hound majority owner Jessica Blanchfield delivered an overview to the supervisors about the services provided.

They focus on content creation, design and production, digital and print design, media marketing and promotions. They are also a “Facebook certified” training agency and have a professional photographer.

She noted that they have helped other municipalities boost social media numbers, build a brand, and expand the amount of information provided. They will also help the county with virtual town hall events on platforms like Facebook.

They will start by doing listening meetings with department leaders to develop a social media strategy.

Supervisor Jaron Brandon asked questions about how they would handle vitriolic posts on social media, versus comments from people who want to know technical information. Blanchfield says they do not delete comments, but will sometimes try to take conversations off-line. They will work with department heads when concerns are voiced and craft a response together.

Board member David Goldemberg praised the idea of building trust with the community and getting people engaged.

Supervisor Campbell added, “The public wants us to be more communicative and reply quicker.”

Supervisor Kathlen Haff also praised the idea of bringing in the consultant but pointed out that some residents do not partake in social media, and they also need to be reached through other aspects.

The Supervisors voted 4-0 (Supervisor Anaiah Kirk was absent) for CAO Riggs to negotiate a contract to run through next fiscal year, not to exceed $100,000, with Archer & Hound.