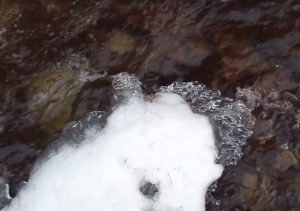 Sacramento, CA — The Department of Water Resources will not hike up to Phillips Station to do what is typically the final Sierra snowpack survey of the season.

It is due to above-average temperatures over recent weeks and minimal precipitation. There was not anticipated to be much if any snow at the Phillips Station for the traditional May 1st reading.

Speaking about the Sierra as a whole, DWR Director Karla Nemeth says, “Just weeks ago we were at about 73-percent (average snowpack), and we are now at about 30-percent, on average.”

She adds, “There are some parts of the Southern Sierra which are at 16-percent of average snowpack. What is happening is that we are having these warming temperatures that are accelerating the release of water from the Sierra Nevada and it is going into the very dry and thirsty ground.”

California is now moving into a second year of drought.

Lawmakers at the state capitol yesterday introduced a $3.4 billion package designed to speed up conservation and water supply projects.

The state’s Legislative Analyst’s Office says the proposal would equal all of the state’s combined spending during the previous five-year drought that ended in 2016. Lawmakers are planning to use both state surplus funding and federal dollars.