Sonora Man Arrested For Having An Illegal Weapon 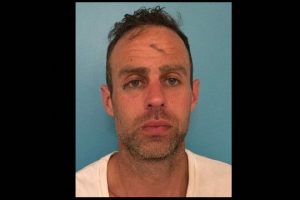 Sonora, CA – A simple traffic stop was all it took for a Tuolumne County Sheriff’s Deputy to cuff a Sonora man for an illegal weapon, and later drugs.

The deputy patrolling the area of Fortuna Mine Road in Sonora recently spotted a car with expired registration and pulled the vehicle over. Behind the wheel was 43-year-old Stephen Belt. He did not have a license and a record check showed he was on searchable probation. Inside the car, the deputy turned up drug paraphernalia and metal knuckles.

While en route to the jail, Belt admitted to the deputy that he had hidden methamphetamine in his underwear. It weighed just over five grams and was confiscated.

Belt faces several possible felony drug-related charges, possessing metal knuckles, and driving without a license. His bail was set at $20,000.