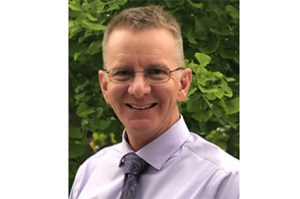 Sacramento, CA – A Mother Lode native out of Calaveras County has switched from “acting” to the state’s new Deputy Director of Codes and Standards at the California Department of Housing and Community Development.

A Mokelumne Hill resident, 55-year-old Kyle A. Krause has been the acting deputy director since 2020. On Wednesday, Governor Gavin Newsom appointed him to take over the position permanently.

Krause served in several government positions before that dating back to 2010. Those include Assistant Deputy Director of Codes and Standards and State Housing Law Program Manager of Codes and Standards. He was appointed to that position by former Governor Jerry Brown in 2018, as reported here. Previously, Krause was a Deputy Building Official at El Dorado County Building Services, beginning in 2016. He also served in the U.S. Marine Corps from 1985 to 1989 and attained the rank of E-5.

Krause, a Democrat, is a member of the International Code Council and California Building Officials. This position, with an annual salary of $141,120, does not require Senate confirmation.