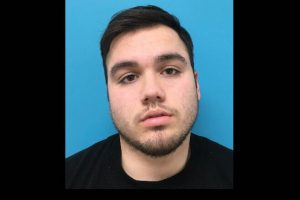 Sonora, CA – A tip from federal officials led to the arrest of a Sonora man for possessing child pornography and investigators confiscated items from his home.

Tuolumne County Sheriff’s Detectives received information on March 16th from the Internet Crimes Against Children Task Force. It is a division of the U.S. Department of Justice. The task force was set up in 1998 to assist state and local law enforcement agencies to develop an effective response to technology-facilitated child sexual exploitation and Internet crimes against children, according to its website.

The tip-off targeted 19-year-old Jonathan Carrillo as “potentially accessing or possessing child pornography,” resulting in the raid of his home Thursday, relay detectives. Carrillo’s electronics were seized for forensic analysis. He was arrested without incident for possession of child pornography.

Sheriff’s spokesperson Nicco Sandelin tells Clarke Broadcasting, “It does not appear any of the children depicted are local, but the investigation is still ongoing.”