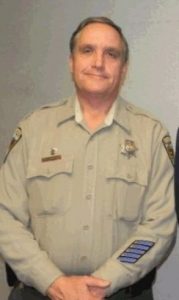 Sonora, CA — Retiring Tuolumne County Under-Sheriff Keith Lunney was given a special honor this morning by the Board of Supervisors.

Lunney was awarded a Certificate of Recognition for his 26-years of service to the county. Lunney began his law enforcement career in the Central Valley and was hired as a Tuolumne County Sheriff’s Deputy in 1986. He rose through the ranks and was named Under-Sheriff in 2008. The County’s Certificate of Recognition states that Lunney had a leading role in many high profile cases, including the Ellie Nesler case, Sund-Pelosso Homicide, and the Russia Homicide.

Lunney also stayed on board and played an instrumental role with the Sheriff’s Office during the Rim Fire response.