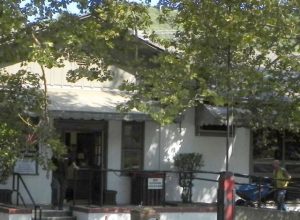 Maureen Frank, Deputy County Administrator, says housekeeping personnel discovered water damage in the building at 5AM Friday, September 6. She says the water to the building was quickly turned off and the leak was traced to the upper level woman’s restroom. Frank said the building is old enough to be on the City’s Historic Register and the assessment is that the water pipes are old and leak is not suspicious. Frank noted, nothing else in the building was disturbed.

An insurance claim has been submitted to pay for the water damage and a clean up company has already begun repairs. Staff has been relocated and equipment was set up over the weekend. Offices were set up at the Tuolumne General Medical Facility and at the Probation Department’s Day Reporting Center at 1194 Highway 49 here.