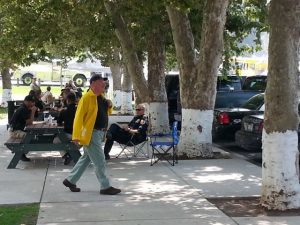 Tuolumne County, CA — Unless you’re a resident or members of the Rim Fire emergency response team you won’t get into Tuolumne City. The advisory evacuations have expanded from the area known as Sherwood Forest to the east entrance of Twain Harte down Highway 108 to Willow Springs and Soulsbyville. Click here for a map. Highway 108 is open to traffic.