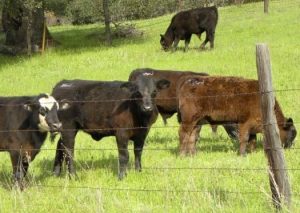 San Andreas, CA — A newly released Calaveras agriculture report of the 2012 year shows that it was a good year for the County.

Calaveras Agricultural Commissioner, Kevin Wright says the report is based on estimates from direct feedback and surveys of Calaveras growers and federal reports. He states the improvements in all areas is related to the economy and local people using local foods and weather. And increased demand for wine grapes.

Wright says, “The report reflects well on the Calaveras County agriculture. That we are thriving, at least we are making a good come back. A lot of can be due to the entrepreneurial spirit and their ability to market their produce in an imaginative way and getting the most for their product.”

Tuolumne County’s 2012 report has not yet been released.