McClintock: The Death of Dreams and Childhood 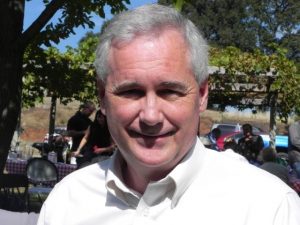 On Thursday, Congressman Tom McClintock spoke on the US House Floor, in opposition to HR 5.

This law could not be plainer: It says, gender is NOT a question of genetics; but of personal choice. Leftist dogma now calls for this doctrine to be imposed under force of law, and its effect is frightening.

States that have adopted similar laws have threatened safe spaces for women and intimidated the free exercise of conscience. But let me focus on just two aspects: how they destroy women’s sports and render parents powerless to protect their own children.

Selina Soule, a teenager worked her heart out and qualified for the Connecticut State Championship track meet. She said, “Eight of us lined up at the starting line … but when six of us were only about three quarters into the race, two girls were already across the finish line…What just happened? Two boys identifying as girls happened. Fair is no longer the norm. The chance to advance, the chance to win has been all over for us … This policy will take away our medals, records, scholarships and dreams.”

An anguished mother named Elaine, told her story: “Let me explain to you how this works… questioning a child’s professed gender identity is now illegal. So, if a little boy is 5 years old and believes he is the opposite sex, affirmative care means going along with his beliefs. Parents are encouraged to refer to him as their “daughter” and let him choose a feminine name…Is it really harmless to tell a child who still believes in the tooth fairy that he is the opposite sex? … If a 10-year-old girl is uncomfortable with her developing body and suddenly insists she is a boy, affirmative care means blocking this girl’s puberty with powerful drugs.”

America, wake up. This is the brave new world that House Democrats propose under the name “equality.”

The parents of every daughter who has ever poured their hearts into a sport should be outraged that their daughter’s dreams and hopes no longer matter to their representative. Every parent who would give their life to protect their child should be livid that this bill is about to replace them with bureaucrats who can administer puberty-blocking drugs on their child’s say-so. And every American should be scared as hell to realize the ideological extremism that is now running rampant behind the razer-wired, militarized U.S. Capitol. Hard to believe we once called it “the people’s house.”

Let this be a wake-up call to every voter that if you elect enough radicals to Congress – you get a radical Congress.”

HR 5 was passed shortly after this speech.