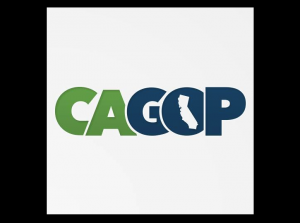 Sacramento, CA — What direction the California Republican party takes following the Presidency of Donald Trump will be on display this weekend when the party holds its annual convention.

It will take place online this year due to COVID-19 concerns. A question that will be answered is whether the party decides to lean more moderate or conservative in 2021.

The Associated Press reports that the chair of the state Republican Party, Jessica Millan Patterson, is being challenged by Steve Frank, who argues that the state GOP has been trying to silence conservative voices.

The party will also vote on whether to censure Representative David Valadao, who voted to impeach President Trump.

The party could also endorse a candidate to replace Gavin Newsom if a recall election moves forward. Proponents say they have collected enough signatures, but those still need to be verified by election officials. Former San Diego Mayor Kevin Faulconer has garnered early endorsements from some state GOP lawmakers, and he is considered more moderate than the other leading candidate, businessman John Cox, who was defeated by Newsom in 2018. President Trump’s former acting Director of National Intelligence, Richard Grennell, has also been mentioned as a potential candidate.

GOP voter registration in California has recently fallen to around 24-percent. 46-percent of registered voters are Democrats and 24-percent of voters decline to state a party preference.