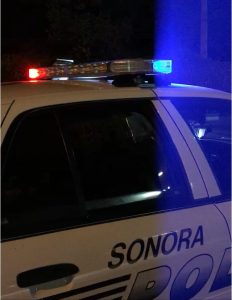 An update to this news story is here.

Sonora, Ca – A body was found in Coffill Park in Sonora, but the deceased has not been identified.

After inquiries by Clarke Broadcasting, Sonora Police confirmed that a body was located in the park along South Washington Street/Highway 49, between Theall and Linoberg streets on Monday around 6:45 p.m. Police detailed that a caller reported finding a “male lying against a wall and not moving.” Medical responders confirmed that the person was dead, and the coroner was called to the scene.

Police do not suspect foul play in the man’s death and instead believe he may have died due to a medical issue. They advised that an autopsy was being done, including a toxicology report, to determine the cause of death. We were referred to the Tuolumne County Sheriff’s-Coroner Office for further details. When asked if the deceased had been identified and if the name was being released, Sheriff’s spokesperson Nicco Sandelin replied in a text, “We have no information at this time.”

It is unclear whether the man’s next of kin has been notified.