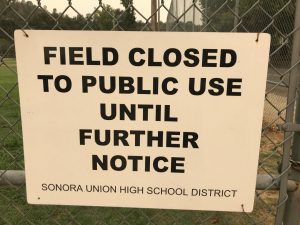 CIF Media relations officer Rebecca Brutlag has put out a statement, “Thus, all full practice and competition start dates are officially on hold until updated guidance is issued.”

In addition, the fall sports playoffs and championships are formally canceled. She adds, “By canceling Regional and State Championship events, more student-athletes will have the opportunity to participate in a longer season, rather than a truncated season with Regional and State post-season play for a limited number of schools.”

The CIF is the state governing board for high school sports and includes 10 sections, 1,695 member schools, and 800,000 student-athletes.