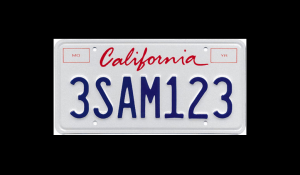 Sacramento, CA — A federal judge has ruled that California does not have the authority to disallow words on vanity license plates just because some people may find them to be offensive.

A lawsuit was filed this past March against the DMV by five Californians who were denied permission to put their messages on personalized license plates. For example, they include the owner of the company Queer Folks Records in Oakland, who sought to put the word QUEER on his plate, a fan of the rock band Slayer who sought “SLAAYRR” (deemed too violent by DMV).

The DMV has long had a rule stating that plate configurations cannot carry any “connotations offensive to good taste and decency.”

US District Judge Jon Tigar ruled that messages on plates are forms of personal expression and not “government speech. He cited free speech cases previously ruled on by the US Supreme Court.