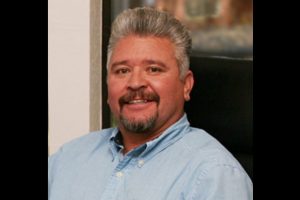 Tuolumne, CA — Kevin Day, who has served as Tribal Chair of the Tuolumne Band of Me Wuk Indians for 25 years, is retiring.

His successor has also been selected, 31-year-old Andrea Reich, who was born and raised on the Tuolumne Rancheria.,

Day has been extremely instrumental in the development of Black Oak Casino, and related amenities, and has been both a leader of the Tribe, and the Tuolumne County community.

Asked about his thoughts on retirement, Day says, “There have been so many memories and different things over the years. What’s been most rewarding has been for myself, and the tribe, to be able to give back to the community as much as we could.”

Sharing some of his career highlights, and reflecting on the early steps which led to the development of Black Oak Casino, Day recalls, “The tribe was in debt to the Bureau of Indian Affairs (BIA), believe it or not, and one of our auditors came in and told me we need to have some third party monies come in besides BIA funding. I said, ‘Like what?’ He then kind of hinted at a casino, and I said ‘We’ll give it a shot,’ and I surrounded myself with some really good people.”

Elders gave direction, and many key tribal members stepped up, to put a plan in motion. Expansions have come since, including a resort, RV park, concert series, adding a golf course, and many other amenities.

Many are offering Day high compliments about his leadership as he transitions into retirement.

Lloyd Mathiesen, Tribal Chair of the nearby Chicken Ranch Rancheria in Jamestown, responds to the news, “Kevin’s retirement…he has earned this twice over for what he did for his tribe alone.  The whole tribal community now is going to have some big shoes to fill.  I’ve been lucky enough to have the pleasure to call him a friend and a brother.  He has shown me the ropes and helped me out tremendously.”

Longtime Black Oak Casino CEO Ron Patel, who worked for the Tribe from 2001-2018, says Day was successful at going outside of his comfort zone to gain expertise and financial assistance. He says, “Perhaps the most remarkable aspect I saw in Kevin was that he not only led his Tribe out of an impoverished economic position, but had the ability to make this transition without the many pitfalls I have seen in other Tribes when creating success and prolonged economic sustainability.”

Patel adds, “Like many Tuolumne Tribal members, Kevin had grown up in the Tuolumne community and I always saw him treat everyone with the same respect, whether they were Tribal or not.”

Jon Otterson, Chief Administration Officer for the Tribe over the past 16 years, adds, ”I think that if you know Kevin…his family is the love of his life. But not only does he care about his family and the Tribal Members, he deeply cares about the residents of Tuolumne County as you could tell by the generosity and donations that Black Oak Casino has been able to give to many organizations, youth sports, schools and county facilities.”

Asked about what led to the decision to retire, Day says, “It was a little bit about health reasons, and just wanting to slow down a little bit. But, I think the tribe is in good hands with Andrea and the rest of the new officers. I think the future looks good, and I didn’t really want to leave unless I knew it was in good hands. I think they’re going in a good direction.”