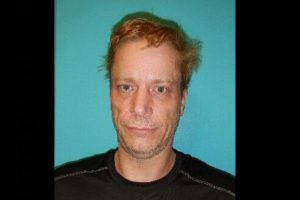 Groveland, CA – A Groveland man, upset after getting a restraining order, attacked an elderly woman and then vandalized a business.

Tuolumne County Deputies were called out to a home on Powderhouse Street for a disturbance. When deputies arrived, they contacted the elderly victim who relayed that 47-year-old Jamy Gray of Groveland had assaulted her. She alleged that he pushed her down, yelled at her, and broke her car windshield when she attempted to hand him restraining order paperwork.

Dispatch then alerted deputies that Gray had returned to the house and was causing another ruckus. Gray was arrested without incident at the home for elder abuse, vandalism, and warrants on $35,000 bail.