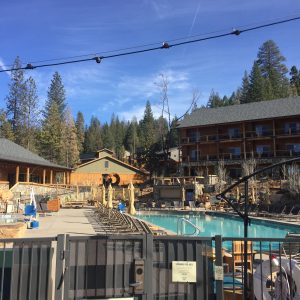 After gaining approval on Election Day, it will take effect on July 1st of next year.

A similar county measure went down in defeat during the March Primary. The tax paid by hotels and lodging will go from the current 10-percent to 12-percent. Taking the biggest hit will be RV parks, who have previously not been subject to TOT, but will have to start charging customers the 12-percent rate. Many of those business leaders were among those who crafted the official ballot response in opposition, arguing that it was the wrong time to increase taxes during the current economic downturn.

Vice Chair of the Board of Supervisors, Ryan Campbell, was the most adamant that the board give the tax measure another go during the General Election.

He tells Clarke Broadcasting, “I think it shows that our community wants to invest in the future and make this a nicer place to live.”

He adds, “Tuolumne County citizens saw that it was time to move forward. We recognize that we are a tourist destination and we need to start acting like it.”

Since March, Tuolumne County’s budget has declined due to economic hits stemming from COVID-19.

How the additional money is spent will be at the discretion of the board of supervisors next year. Three of those members will be new, Kathleen Haff, David Goldemberg and Jaron Brandon.

A similar TOT increase was also approved Tuesday for the City of Sonora.

To view all of the election results, click here.