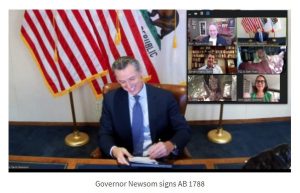 Sacramento, CA — Governor Gavin Newsom has signed a law prohibiting the use of a certain kind of rat poison that has been blamed for killing other wildlife.

It specifically prohibits using “second generation anticoagulant rodenticides” (SGAR). Newsom states, “Rodenticides are deadly for California’s mountain lions and other precious wildlife across the state. My father was a naturalist and a strong advocate for the preservation of mountain lions, and I grew up loving these cats and caring about their well-being. He would be proud to know that California is taking action to protect mountain lion populations and other wildlife from the toxic effects of rodenticides.”

Consumer sales of SGAR were banned in the state in 2014 and were restricted to licensed exterminators. They are still actively used, including in agriculture.

Newsom says the prohibition lasts indefinitely, until the State’s Department of Regulation’s Director certifies that new rules can be implemented to evaluate, restrict and only use SGARs when absolutely necessary.