Blue Jay Fire Up Over 4,000 Acres In Yosemite 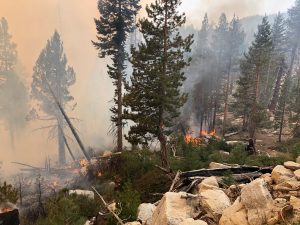 Sonora, CA — Some additional containment has been gained on a wildfire burning in Yosemite’s Wilderness.

Smoke is dispersing to the north and northeast and settling locally at night.

Both incidents were ignited by lightning strikes.