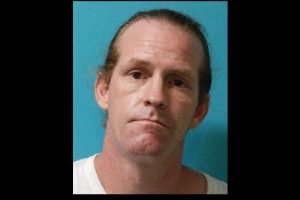 Jamestown, CA – An argument between two men over a burrito escalated into an arrest for assault with a deadly weapon.

Several reports of a man bleeding from his head outside a trailer at the Twin Pines Mobile Home Park on Wigwam Road in Jamestown came into Tuolumne County Sheriff’s dispatch. When deputies arrived on the scene, they found a male victim had a significant head injury.

While waiting for medics to arrive, the victim told deputies that he and 38-year-old Andrew Watkins of Jamestown started arguing over a burrito. When the victim went to walk away, Watkins allegedly grabbed a baseball bat and hit him in the back of the head with it and then took off running. The victim was taken to a local hospital for treatment.

Deputies later located Watkins at the Black Oak Casino where he was taken into custody without incident. Andrew was arrested for assault with a deadly weapon and battery with serious bodily injury.