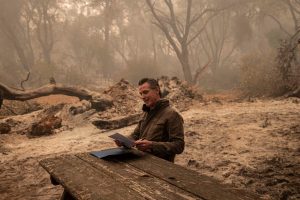 Sacramento, CA — Governor Gavin Newsom has signed a bill that will eliminate a roadblock that prevents many inmate firefighters from finding work in the field after leaving prison.

Assembly Bill 2147 allows non-violent offenders who have worked in prison fire camps to request to have their records expunged.

Newsom says despite their experience and qualifications, many formerly incarcerated firefighters struggle to obtain licenses and employment due to their past criminal records.

For example, many municipal firefighting departments require EMT certification, but this is something that former inmates have been prohibited by state law to pursue.

Newsom says, “California’s inmate firefighter program is decades-old and has long needed reform. Inmates who have stood on the frontlines, battling historic fires should not be denied the right to later become a professional firefighter.”

The Governor’s Office notes that violent felons, such as those convicted of sex offenses, kidnapping and murder, are ineligible to fight fires as inmates, so they are excluded from having records expunged.