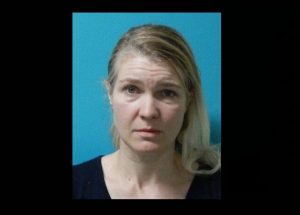 Sonora, CA — A Sonora woman was arrested on charges of solicitation to commit murder.

38-year-old Heidi Butler, whose position in the booking logs is listed as being a nurse, was arrested following a tip from the FBI. The Tuolumne County Sheriff’s Office reports, “Our office was contacted recently by the FBI regarding information pertaining to murder for hire involving Heidi. The tip, and subsequent investigation, led to a search warrant of Heidi’s home. Heidi was arrested shortly thereafter.”

The sheriff’s office notes that no additional information is being released at this time due to the sensitive nature of the case and the confidentiality of the victim.