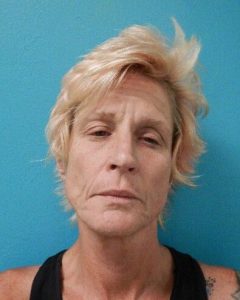 Jamestown, CA – An employee at the Service Masters in Jamestown was startled when he arrived at work to find a man by a van inside the locked gates of the business.

The worker quickly called 911 to report the recent incident and detailed that the man had jumped the fence and ran away. When deputies arrived, they noticed one of the company’s vans was open. While doing a sweep of the property, they got a surprise when they discovered, 55-year-old Saundra Stalder of Modesto, attempting to hide from them.

A short time later, on Chicken Ranch Road, a deputy spotted a man fitting the worker’s description of the male suspect that fled the scene. After questioning and a search that produced drug paraphernalia, 29-year-old Christopher Long, also of Modesto, was arrested.

Further investigation determined Long and Stalder were attempting to steal the van when the employee interrupted them. Both were taken into custody without incident for attempted grand theft and conspiracy to commit a crime. Each was issued a $20,000 bail.