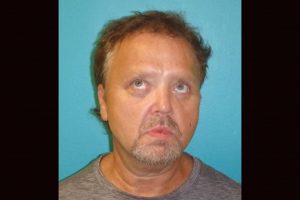 Sonora, CA – What Police are calling a “violent assault” at a Sonora hotel put a Georgia man behind bars on a $500,000 bond for attempted murder.

A call came into Sonora Police dispatch just before 1 a.m. Tuesday morning from a woman who claimed she had been assaulted, sending officers rushing to the scene. Once at the Gold Lodge in the 400 block of Stockton Street, investigators questioned 50-year-old Jeffrey K. Howard of Covington, Georgia who was acquainted with and sharing a room with the victim.

Investigators relay that the two got into an argument that turned physical with Howard allegedly punching the woman in the face and attempting to suffocate her twice. In his first try, he wrapped a plastic bag over her head, and when that did not work, he held her down while pushing a pillow into her face. Police did not indicate what the two were arguing about.

Howard was arrested without incident. He was booked into the Tuolumne County Jail and charged with attempted murder.