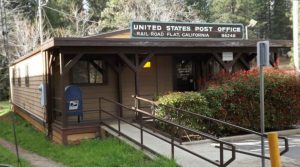 Maloney was Tuesday’s KVML “Newsmaker of the Day”. Here are her words:

“Hello, I’m Congresswoman Carolyn Maloney. I have the privilege of representing parts of Manhattan, Brooklyn and Queens in New York City. I also serve as the Chairwoman of the Committee on Oversight and Reform in the House of Representatives.

Today, I would like to talk to you about one of our most enduring and beloved institutions – the United States Postal Service – one of the few entities specifically mentioned by our Founders in the Constitution.

The Postal Service delivers more than 470 million pieces of mail each day to every home and business across the United States. It provides a critical lifeline by providing universal access to medications, supplies and mail for every single American, no matter where you live.

Today, I will not mince words. The Postal Service is under attack. In newspapers from every corner of the country, we have seen the stories and pictures. Mail is being delayed by days and sometimes even weeks. Sorting equipment is being ripped out of postal facilities and thrown into dumpsters; and mailboxes are being removed from street corners; and overtime is being denied for our postal carriers, who are some of our most essential workers during the coronavirus crisis.

This didn’t happen by accident. It was intentional. This happened because President Trump has been blocking critical funding for the Postal Services now for months and now his hand-picked Postmaster General is using this fact to justify sweeping and damaging changes that are degrading postal operations before our very eyes.

Last week, President Trump admitted on national television that he has been blocking $25 billion in critical assistance, assistance that was requested by the Postal Service, because he wants to hobble mail-in voting.

Now, think about that for a minute. That is about the most undemocratic action I can think of.

What’s worse, instead of supporting funding to strengthen an institution that is vital to every American, the Trump Administration is going in the opposite direction and dismantling long-standing policies and procedures, with disastrous consequences. We cannot and will not stand by and let that happen.

This past Tuesday, as part of our Day of Action to Save the Post Office, more than 100 House Democrats hosted events in our districts to support the Postal Service, its mission and postal workers.

We have requested a host of documents from the Postmaster General, which are due this week, and we have called him to testify before our Committee on Monday morning.

In addition, on this Saturday, the House will reconvene for a special session to vote on my bill, the Delivering for America Act. This legislation will do two important things. First, it will provide the $25 billion the Postal Service requested, which was supported unanimously by the Postal Service Board of Governors, all of whom were appointed by President Trump. And it will return delivery standards to the way they were before the Postmaster General’s sweeping changes.

We want the Postmaster General to undo the damage he has already done, put back the sorting machines and mailboxes he has already removed and prioritize official election mail as First-Class mail, as it previously was.

Every Member of Congress should support this bill. This is not a partisan issue. Republicans across the country have expressed their own serious concerns about these delays and the President’s statements. It makes absolutely no sense to impose these kinds of dangerous cuts in the middle of a pandemic and just months before the elections in November.

What is happening right now is impacting everyone—in rural and urban communities, among seniors, veterans, small businesses and families across the country. I believe the American people want their mail left alone. They want to go back to the way things were before all these changes began. And they certainly do not want the Postal Service to be politicized. Our legislation achieves all of the goals. I hope the American people will continue letting their Representatives know how they feel.

Thank you for listening. Thank you.”