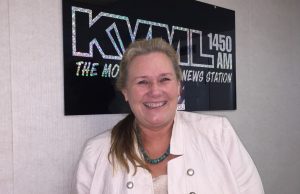 Sonora, CA — There is a shakeup in local politics as Tuolumne County District One Supervisor Sherri Brennan has chosen to end her campaign for re-election.

Throughout 2020 she has been serving as the board chair.

Brennan’s campaign has released a statement, reading, “After deep reflection, I have chosen to discontinue my campaign for re-election for District 1 Supervisor. I am very proud of the work that has been accomplished by the Board of Supervisors over the last 8 years. I appreciate all the hard work by fellow board members, staff, and other elected officials. I want to thank all who have supported me over the years, whether alongside me on the board or throughout the campaigns. It has been my deepest honor and privilege to serve Tuolumne County.”

Brennan is still on the ballot in November after she was the second-highest vote-getter during the March Primary Election. She is running against challenger David Goldemberg. In the March Election, Goldemberg received 48-percent, Brennan 38-percent and Jim Garaventa had 14-percent.

The other race on the November ballot is District Five, where in March Jaron Brandon had 49-percent of the vote, incumbent Karl Rodefer had 34-percent and Mike Suess had 17-percent. Brandon and Rodefer are facing off in the General Election.