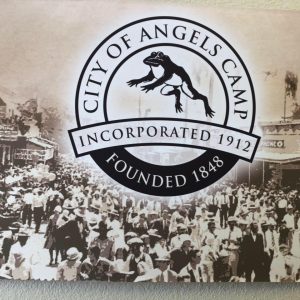 On Tuesday, Angels Camp city officials reported that a since repaired water line break on Monday caused a disruption in water service for customers who live within a few blocks of Main Street in the downtown area.

The area of the break, which specifically involves Fairview Drive, Fairview Place, Oak Place, and Oak Court, is where the boil water advisory applies.

State regulations require the advisory to remain in effect until two rounds of water quality testing are completed, which means that officials were able to submit a test submitted this morning, it is possible that water service could be restored by Thursday. If not, it could be Friday before affected customers are able to use water from the tap for drinking and cooking without boiling it first.

As reported here, about three weeks ago, a utility company working to replace power poles on the north end of Angels Camp broke an unmarked water line that triggered a boil water advisory to all residents of Angels Camp.

City staff has hand-delivered boil water notices to each customer affected and they will be notified as soon as the boil water advisory can be lifted. Those seeking more information can contact City Hall at COA@angelscamp.gov or 209 736-2181.